I recently saw a young seven-year-old boy for a visual processing examination.  This investigates his visual skills as well as how he uses his vision to complete tasks. He has always been a very smart child, but he was now finding school challenging and often complaining of being tired. His mother saw this as a red flag and began to explore why this would be occurring for him.

Since he was four, this boy has been under care elsewhere for an inward eye turn. He wears both strong glasses and contact lenses. Due to his complaints about school, his mother repeatedly asked their current eye professionals about what more could be done to help her son. She was continually told there was “nothing more that could be done”. She was recommended to see us at Pezzimenti Nixon Optometrists for a second opinion.

When asked, the boy mentioned that he did not like to read now and said that it was “boring”. If reading for longer than 5 minutes, his print began to “move” and his eyes felt “tired and started to hurt”. This led to headaches if he kept reading. In his eye tests he often bought the print closer to where he said that it looked “clearer and felt easier”. But he could not read like this for long.Our exam found that with his current glasses on his eyes were straight, but he had trouble maintaining his eye alignment when reading. We found he overturned his eyes when reading which led to blurry vision, words that seemed to move, and discomfort. This is the likely cause of him holding his print close. To cope he had to take regular breaks and look away to clear his vision. His other visual processing skills were found to be normal-to-high for his age.

We prescribed the boy multi-focal glasses. After a time wearing his glasses his mother emailed me to let me know that suddenly, her child was reading again. Reading was no longer blurry, nor were his eyes sore. Mum was ecstatic and the boy’s confidence in reading has improved markedly since then.  Often, there is a raft of things that can be done to support a visual system. If needed, training the eyes to work more efficiently with exercises may also help. I liken the training we offer to the exercises a physio gives you to address muscle weakness. The eyes are no different and research has shown that this works well.

My message for today is simple: 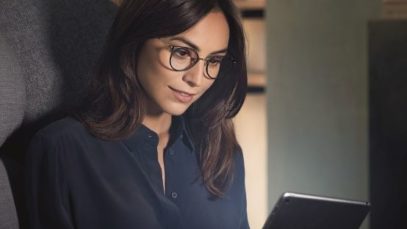 More screen time? Do you have the right lenses?

The pandemic of Covid-19 means that many of us had… 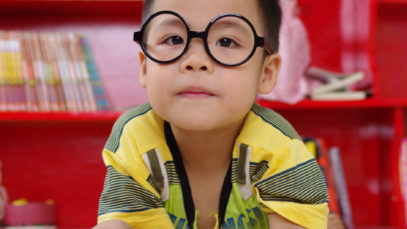 The case of a smart child who stopped reading 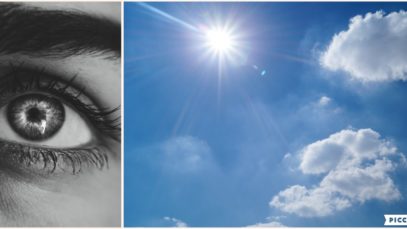 It is getting warmer and brighter – summer is on…